The exhibition Flora Orcadensis is in its final week, it ends this Saturday 27 August.

Here are a couple more images from the show… 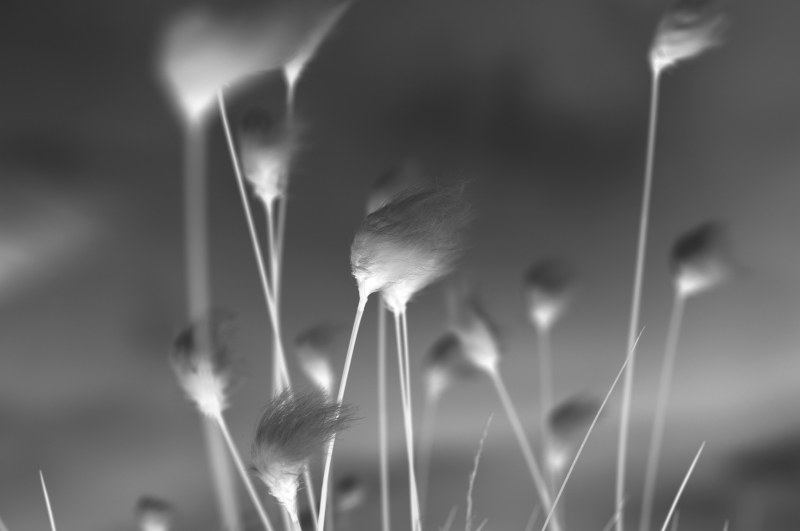 ‘The Great Exhibition of 1851 featured a number of items of clothing made from bog cotton down. These garments, woven by crofting women from Ross and Inverness-shire, were said to have been much admired for their beauty and fine texture.’

‘In some parts of Scotland, tradition was that the bride knitted a pair of bedsocks from cottongrass wool which would be worn on her first married night. Another use for the fluffy heads was as wicks for candles. Among sheep farmers it had a high reputation as a spring tonic – sheep that had feebled by a long winter were turned out on to the moss where recovery was almost guaranteed after a few days of cropping cottongrass.’

The Orkney Book of Wild Flowers 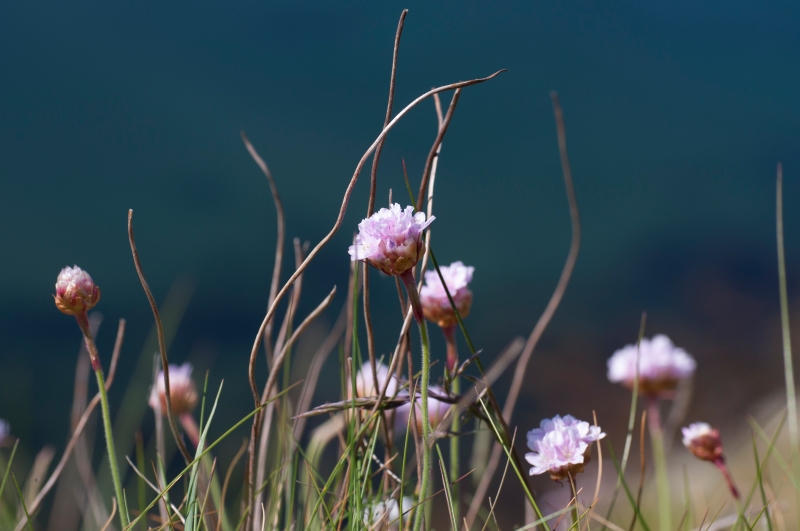 ‘Its thick, tuberous roots, sliced and boiled with milk, were highly prized in Orkney as a remedy in pulmonary consumption.’

and a plant that didn’t make it into the show… 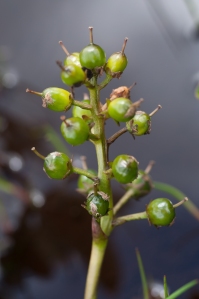 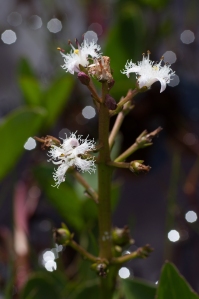 ‘Locally known as “craw-shoe”. The leaves were used instead of hops to give bitterness to the wort of home-brewed ale; and the bruised leaves were applied to the sores of scrofula. It was also used to flavour ale in Birsay. In Deerness it was given to cattle suffering from tuberculosis.’
Magnus Spence, Flora Orcadensis

‘Used for boils and skin eruptions especially those on the back of the neck once suffered by fishermen as a result of friction from nets, creels and ropes, a poltice of bogbean leaves was applied to the sore and the juice was drunk to clean the blood.’
Healing Threads, Mary Beith